After receiving support from the Lithuanian Council for Culture, the Martynas Mažvydas National Library of Lithuania obtained a hundred and thirty unique printed and manuscript documents.

Among these documents, there are manuscripts and photographs from the collection of the linguist, educationist and cultural figure of Lithuania Minor Aleksandras Teodoras Kuršaitis (1944) (about the major part of Kuršaitis‘s archive obtained earlier see here). These documents include two compendiums of Kuršaitis‘s lectures and his letters to his wife Jutta Kretscmer from 1919 as well as her recollection notebook written in during the period of 1905–1916. There is also an exceptional white ceramic plate for an office door with the inscription “Prof. A. Kurschat”. It reflects Kuršaitis’s educational activity at the Tilsit Gymnasium in 1882–1922.

The National Library also obtained fifty three documents authored by the famous traveller and publicist Matas Šalčius (1890–1940). They are fragments from two manuscript works about schools in America and the Lithuanian language, letters and open letters sent to Šalčius by various persons as well as twenty-seven posters related to lectures delivered in Iran, the USA and Uruguay in 1915–1936. Noteworthy are also Šalčius’s letter to the Lithuanian poet, translator and diplomat Jurgis Baltrušaitis (1944) written in 1930 about the life of Lithuanian expatriates in China and future plans. These documents will make a solid contribution to the collection of Šalčius (F189) preserved at the National Library, the largest memory institution in Lithuania.

The Council for Culture financed the obtaining of fifty Lithuanian pianola rolls (for mechanical piano and grand piano). These paper rolls with recordings of Lithuanian music are a valuable testimony of the musical life in Lithuania of the early 20th century. All of them have been recorded, manufactured and distributed only in the USA. Pianolas were not popular in Lithuania. The newly obtained rolls enrich the collection of seventy items of such rolls from 1916–1934 preserved at the National Library, which is the largest such collection in Lithuania. All of them are in original cases produced in the early 20th century.

The National Library obtained two rare Lithuanian books. The publication issued by Lithuanian expatriates in the USA Laimės spėjimo rateliai ir planetos (Boston, 1914) is the third known copy in Lithuania and the book Labay dabotins nusidawimas Franciskaus Spiero, Sudponio isz Italijos... (Bitėnai, 1903) is the second known copy in Lithuania. The Library also obtained an exclusive Lituanica book in Latin Lyricorum libri IV.. , a poetry selection by the Jesuit poet and preacher Motiejus Kazimieras Sarbievijus (1595–1640) printed  in 1632 by the contemporary famous Plantine Press, which operated in Antwerp  the 16th–19th centuries. The book is decorated with a frontispiece by the famous Flemish artist Peter Paul Rubens (1577–1640).

We hope that these valuable items will be of interest to researchers from various fields. 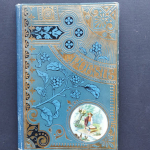 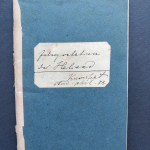 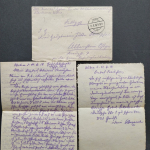 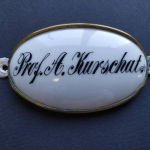 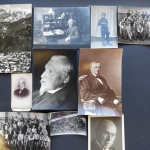 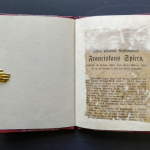 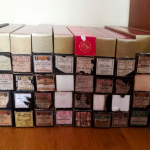 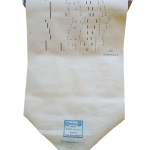 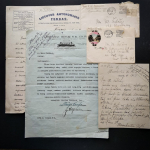 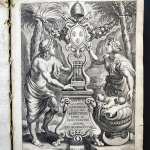 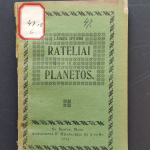